A second spring task which you should start planning for is cutting back on your shrubs, to encourage fuller growth and healthier plants around your house. Some shrubs, appropriately known as ‘cut-back shrubs’, will even tolerate being pruned almost down to the ground, and will still come back looking better than ever. Don’t try this on just any shrub though because you may end up killing off some of your attractive shrubbery. The information below will help you to do the appropriate amount of pruning for whatever shrubs you may have planted at your residence.

To keep your lawn healthy and weed-free, you’ll have to do a few things and you should develop your strategy right now, before springtime arrives and all the pests appear. Grubs love chewing on the roots of your grass, and that will eventually cause your grass to become unhealthy or die off completely. You can eliminate grubs by using grub-killer or nematodes, so that these larvae of beetles and chafers are stopped dead in their tracks. Moles can dig holes in your lawn and create havoc, so try to discourage the mole population by planting marigolds, fritillarias, garlic, shallots, and daffodils around the perimeter of your yard.

When it comes to preventing weeds from invading your lawn, your best bet is to apply pre-emergent herbicides, once in the spring and again in the summertime. However, there is a definite trick to using these herbicides, because the timing has to be just right. The temperature of the soil should be in the range of 50-55 degrees Fahrenheit, and that means your geographic location will play a big role in timing. For example, you could apply your herbicide in Florida as soon as January, but in some of the more northern states, you might have to wait until April or May. The reason timing is so important is because the herbicide must be applied at the point where weed seeds are interrupted during the germination process, so germination can never be completed.

You might be amazed at how resilient some shrubs can be after a hard pruning. Cutting back shrubs can be extremely important, both from the standpoint of limiting the space they take up, as well as for producing bigger, more colorful foliage on your shrubs. The black elderberry or golden elderberry are two prime examples of shrubs which can be cut down to a foot or so each spring, before springing back into a full 6′ bloom again in summer, with huge leaves and colorful foliage. Another example are some of the evergreens that grow prominently and zone 7 could be cut back while the sap is down in the tree.

If you decide that you like the ‘hard pruning’ technique, you might also try it on butterfly bushes, knock out rose, and woody steamed hydrangeas such as oak leaf hydrangea, since these shrubs also tolerate severe pruning. For all other spring pruning jobs, you’ll mostly be making heading cuts or thinning cuts. Do thinning cuts on shrubs where you want to thin out branches and introduce more sunlight into the shrub, so it doesn’t get overgrown and out of control. Heading cuts are those which heavily influence the growth pattern of your shrubs, primarily by controlling the shape and size of your plants, and by encouraging the growth of side stems. 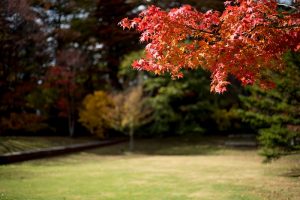 Prepare for the Fall

Prepare for the Fall As summer is drawing to a close, many homeowners mistakenly believe that their lawn care duties are over. However, this couldn’t 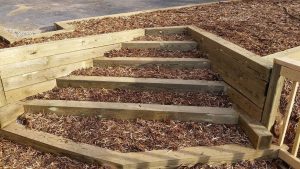 The Importance of Retaining Walls for your home & structures 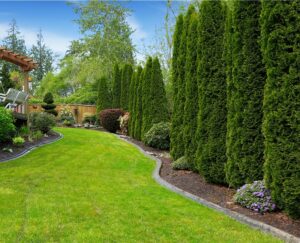 5 Summer Landscaping Tips  Now that we’re past that first explosion of blooms and spring growth, you can start getting ready for summer landscaping. There 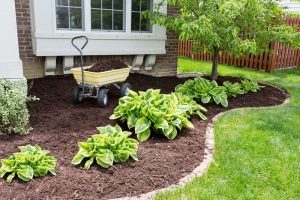 Save your money and time!